For quite a while I had wanted a rigid tender for Sea Bear. Something that would row better and didn’t involve all the faff of inflating  and stowage, preferably one that you could stow on the foredeck. Of course that was a bit of a problem with a small boat- lack of room and of course you wouldn’t want a tender that was too small and would feel unsafe in waves or if you had far to go.

Still I came across a picture of a Vancouver 28 with a rigid dinghy on its foredeck and had an email exchange with the owner so I knew it was feasable. After some research I settled on a Eastport nesting pram dinghy, one that would seperate into two halves – that would make stowage less of a problem. So started the project to build the Cub. 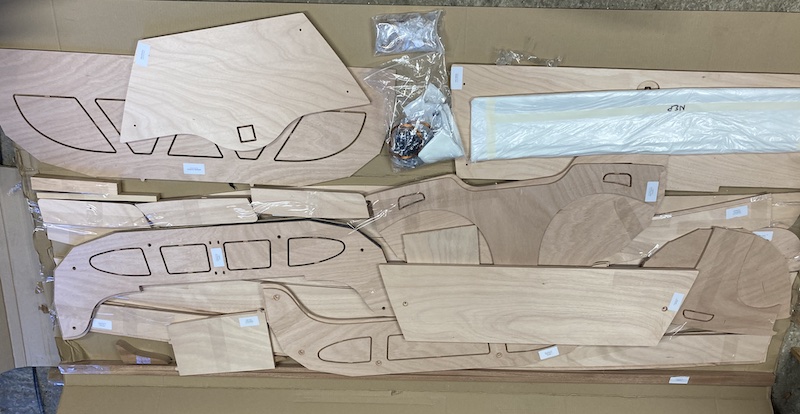 I could have course built it just from plans but an easier option, the one I plumped for was a kit with all the parts pre-cut. It dully arrived and so the build began.  I am fortunate in having a garage so the initial stitch up of the panels with copper wire of the hull took places here.

The next stage was epoxying it. Now successful epoxying requires a minimum temperature of at least 16 degrees but it was winter and the garage was cold. I decided that heating the garage was out of the question cost wise. The solution, clear out the living/dining room in the house, spread out a big tarpaulin over the floor and work in there. I was using eco epoxy which has little or no smell or fumes so that was OK. 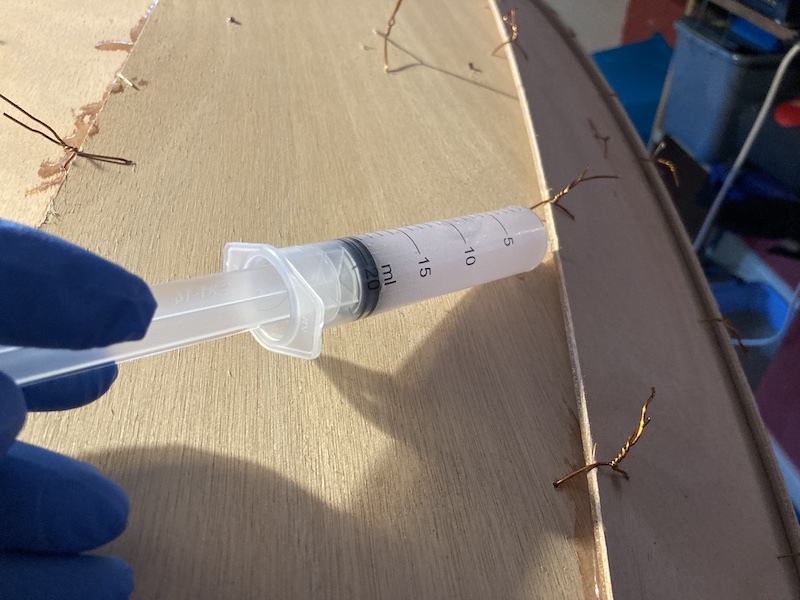 Gradually it all came together, bulkheads filleted in, seats supports added, gunwales affixed and rubbing strakes and skeg added. Then it was time to give it coats of epoxy inside and out. 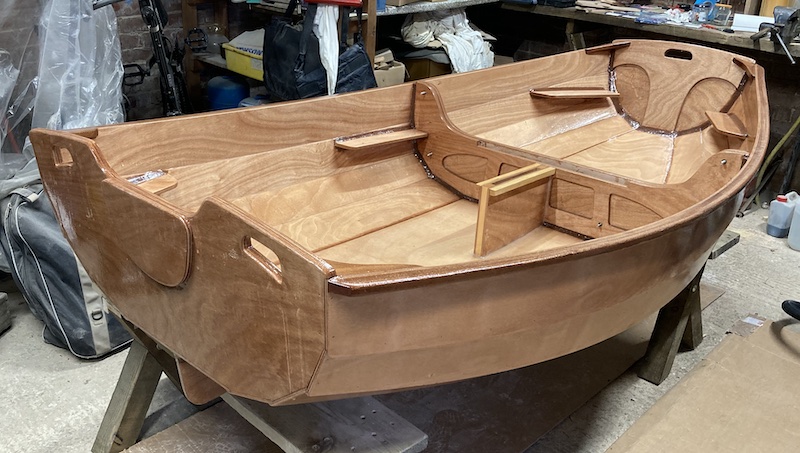 The boat is built in one piece and then sawed in half so that it can become a nesting dinghy. A step approached with some trepidation. 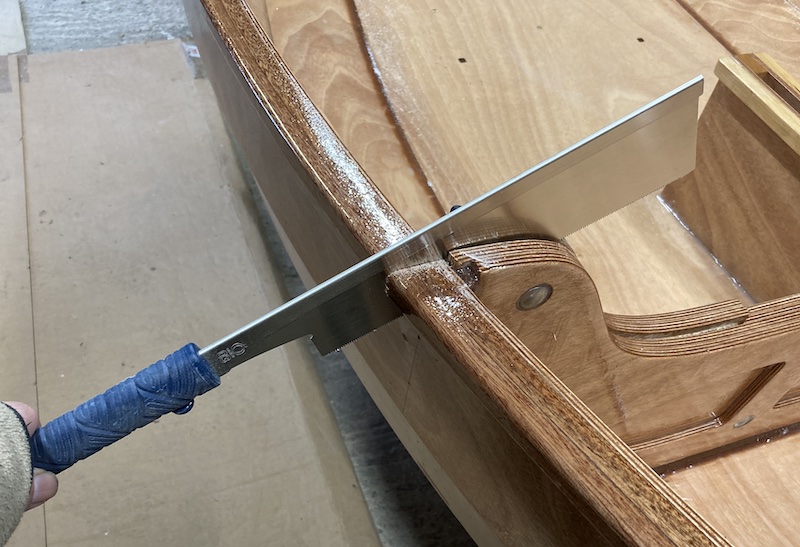 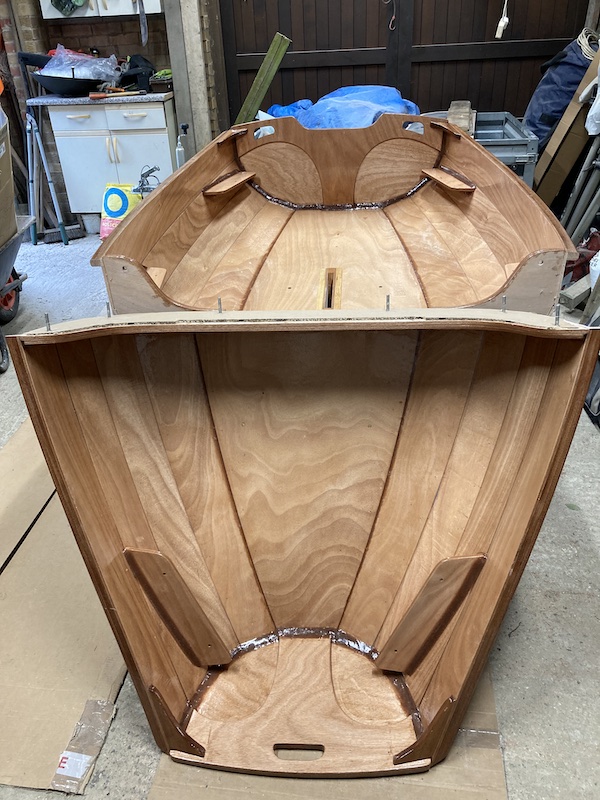 Before painting and varnishing it all need sanding down and long and arduous process as paint and varnish won’t stick to un-sanded epoxy.

I made some built in bouyancy from polystyrene foam insulation sheets epoxied together, shaped, sanded, coated with epoxy and painted.

The final step was painting on the name and so Sea Bear Cub she became. 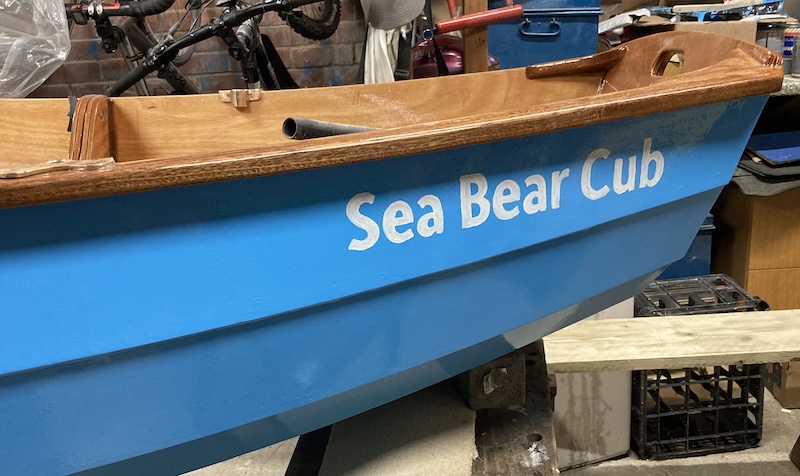 I think she looks a pretty little dinghy, let’s see how she performs. 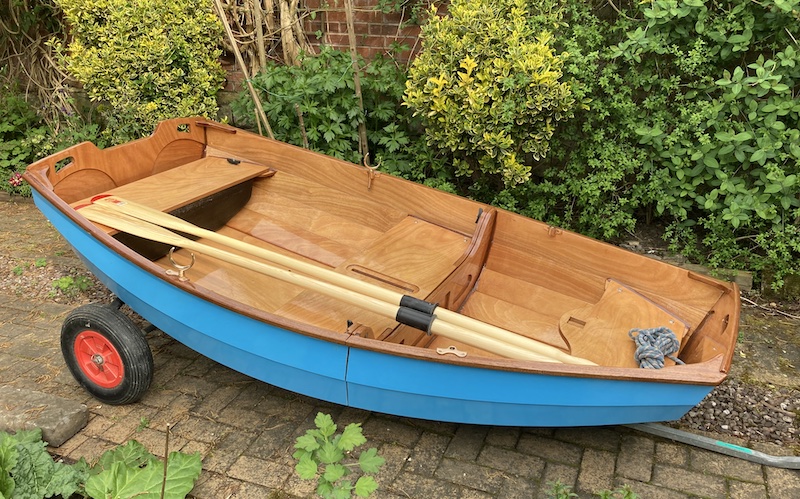