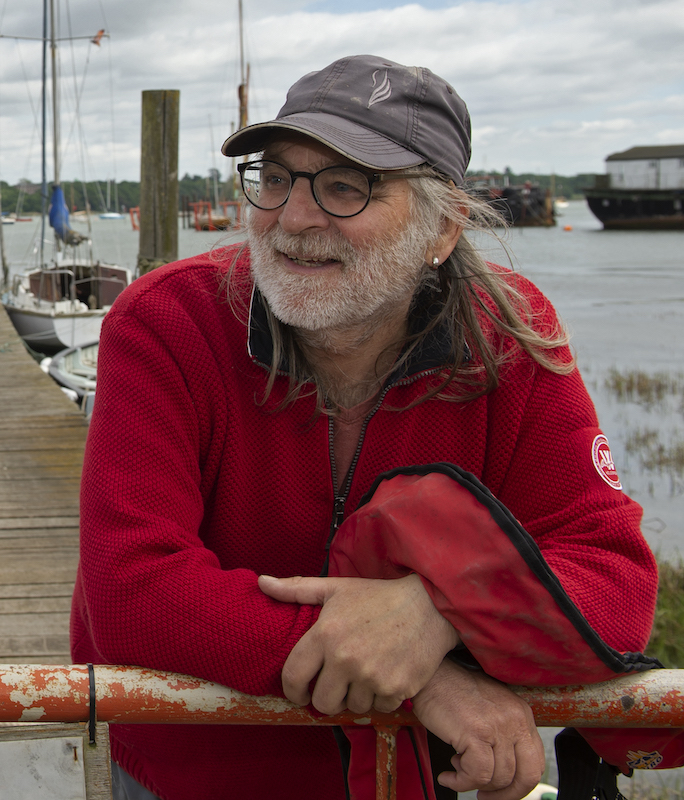 The skipper at Pin Mill

I learnt to sail in 2000 in dinghies, on local lakes. I then cruised in 2001 with my sailing mentor, Don for 3 glorious weeks on the West Coast of Scotland. At the end of that summer we sailed Don’s Jeannau Sun Legend back from Scotland to North Wales. So hooked had I become by the end of this that nothing else would suffice but my own boat. So it came to be that I bought my own little yacht, a Sadler 25 and  became owner and skipper of “Dansa” and the process of becoming a sailor began.

At times it was a steep learning curve, but learn I did. Dansa was keep on a swinging mooring on the Menai Straits, North Wales. Soon I was cruising farther and farther afield  and I circumnavigated  Ireland in 2004. Some of my cruises were undertaken solo, other with friends. Some of these adventures I  put on Dansa’s site, now defunct through hosting changes, but I intend to re-instate some here Dansa’s site

After around 10 years I sold Dansa  and Sea Bear has taken her place and so I became Sea Bear’s skipper.
Before sailing I sent most of my time climbing and as a fully qualified mountain guide I have climbed and trekked in many parts of the world. You could say that adventure and travelling is in my blood.

You can find my mountain climbing site at Mountain Adventures