Dansa was my 1st boat, she was a Sadler 25. I bought her in 2002. This was following trips on my friend Don’s boat in Scotland during which I had become enamoured of sailing and decided that having my own boat was the thing to do.

Sailing Dansa set me out on the path of becoming a sailor and I had a number of years exploring the coast of Anglesey, North Wales and the Irish Sea ranging from Lundy & Milford Haven in the up to the Firth of Clyde in the north & Ireland to the west. This included a circumnavigation of Ireland.

Here are a few accounts of some of the times I had in her, experiences that helped me become the sailor that I am today. 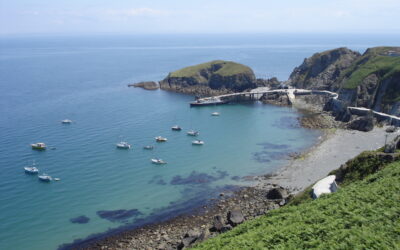 Summer 2011 Last Cruise in Dansa I always enjoy planning the summer cruise, thinking of places that I have not been to before or that I want to revisit. This summer my sights were set on Lundy. In my climbing years it was  somewhere I had always wanted to visit to...

END_OF_DOCUMENT_TOKEN_TO_BE_REPLACED 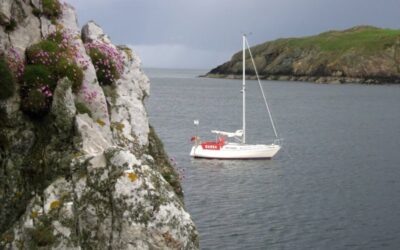 Sat 23rd May The forecast of SW F5 put me off from exiting the Menai Straits out over Caernarfon Bar. So instead I headed for the Northern coast of Anglesey where it would be a more sheltered. Running out towards Puffin Sound under genoa alone it certainly didn't feel...