The Covid 19 epidemic has forced many sailors and cruisers with hard choices, with lockdowns, closed ports & borders and a ban on sailing having an effect.   Some have been stuck in one place unable to move, others for example those in the Caribbean have been faced with a difficult choice either to remain where they are and risk being caught up in the hurricane season or to make the trip back to Europe. My friend Thom for example, not allowed ashore in Antigua  headed for home. He is currently in the Azores where he is receiving food and support from Peter Cafe Sport in Horta, but he is not allowed ashore. He awaits better weather to head off for the remaining leg back to the UK. Others have been mauled by bad weather in the Atlantic, two arriving in the Azores having being dismasted.

Others have just had to stay put.  I have friends who have had to cancel their sailing plans for the year and remain either in New Zealand or Australia.

I consider myself as one of the lucky ones really. Yes I was stuck in lockdown in New Zealand, but it wasn’t a bad place to be  stuck at all and the government there took early and effective action to both limit the spread and effect of the pandemic. Indeed as a write this (5th June) they have had no new cases of infection there for 14 days.

I made my hard choice actually some time before the pandemic truly hit. I had been single handing for 5 years and the past season cruising amongst the Pacific islands I had been thinking of giving up on single handed long distance cruising for a while. There were number of reasons for this, some personal and some practical. Don’t get me wrong I still loved sailing and exploring, particularly in the Pacific and did this mean giving up on my circumnavigation, but somehow it felt time for change.

I considered a number of options included selling up or keeping the boat in NZ, but in the end I decided on shipping Sea Bear back to the UK and I had actually set this in motion before lockdown happened.

Originally shipping date had been for March but this gradually slipped to May.

I was posed with a number of difficulties. Shipping was from Auckland, Sea Bear was in Whangarei 100 miles away. Sailing was not allowed under lockdown and was enforced. Marinas were closed. If Sea Bear was shipped I would have nowhere to live. There were no commercial flights from NZ to UK. I faced being stuck and homeless. To cancel or postpone shipping would have meant losing my substantial deposit

For a while these difficulties seemed insurmountable and caused considerable stress and worry. However quite suddenly and in the space of a week they were all solved. I was granted permission to sail to Auckland, a marina  agreed I could stay there and the final piece of the jigsaw I was offered a repatriation flight back to the UK.

So preparations all made, and with mixed feelings, midday high tide on 28th April saw me slip the mooring lines at Riverside Marina, say farewell to my friends there and head off down river bound for Auckland. I was on a fairly tight schedule with just 3 days before my flight out so I decided to push through the 90 mile passage non-stop. Apart from a bit of wind over tide nastiness at the mouth of the river, conditions were pretty good. Sun & clouds with a S-SE breeze about 15 knots, though of course here that wind is blowing straight from the Antarctic so is cold. Later the wind picked up a bit so reefed the main and yankee. The forecast dropping off the wind happened around 1 am and then died completely, time for the engine.  Entering Auckland harbour around 9am, the police launch arrived alongside for a chat but were quite happy, I had already phoned them earlier to notify them I was arriving. Soon I was making fast in Bayswater marina in my allotted berth.

There were quite a few live-aboards on the pontoon, all very friendly and we had some suitably social distanced conversations. 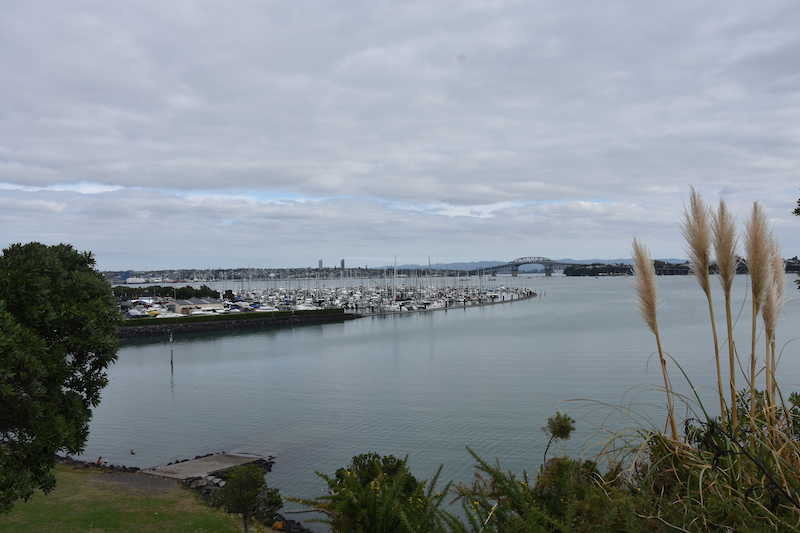 I was pretty busy for the next days, preparing Sea Bear for shipping, stripping off the sails, canvas work and running rigging and clearing out the food lockers and other such stuff. 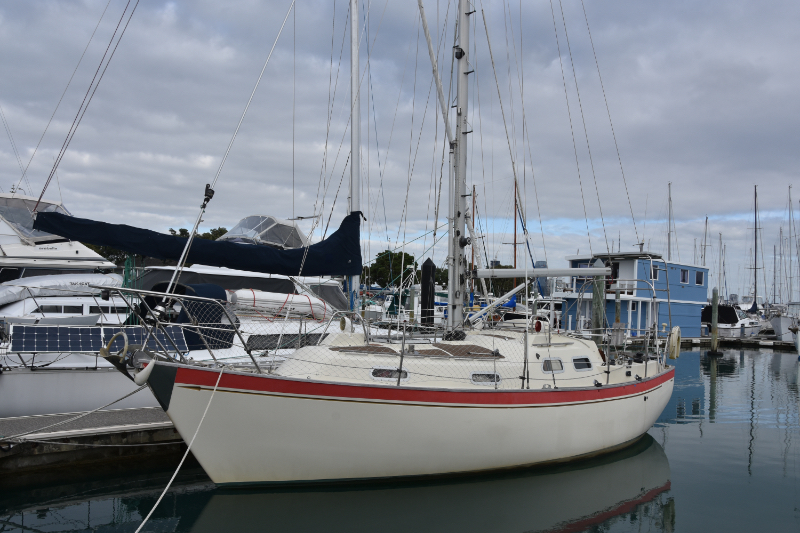 My last problem was that my flight was before the loading date for Sea Bear. The agent suggested someone to help but Steve, a live-aboard a few boats from me offered to deliver Sea Bear to the mv Minervagracht for me. I gratefully accepted and I knew I would be leaving Sea Bear in a safe pair of hands. 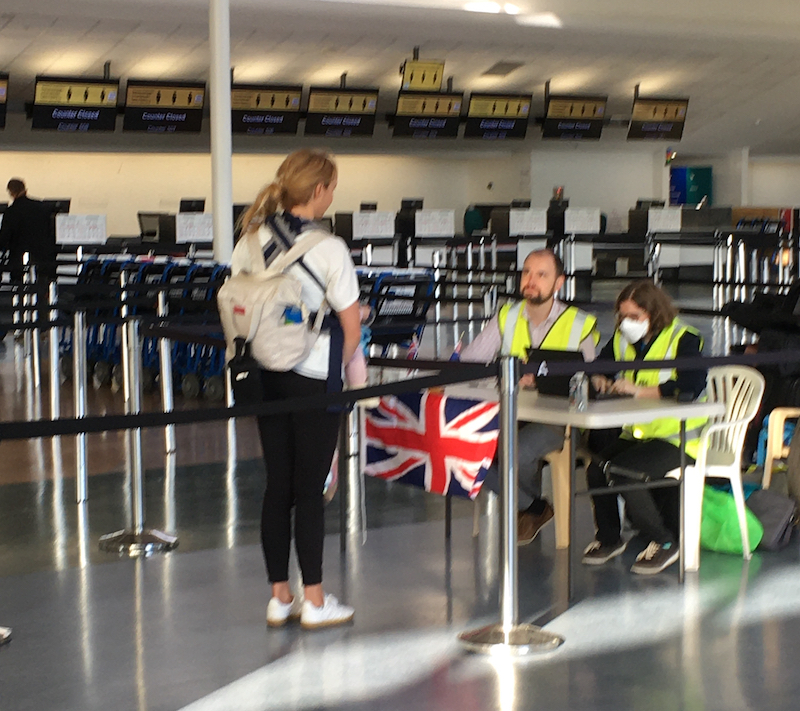 Flying out was a bit weird, I’d booked a shuttle service to pick me up from the marina, I was the only passenger. Auckland airport was pretty much deserted. Our temperatures were checked before check in and again on 2 hour stop-over in Hong Kong where we were held in effective quarantine. It was a Heathrow that the shambles started and after disembarking we were held for a long wait in a corridor before passport control – not passport control mind where they had laid out queuing lines with provision for social distancing but in this corridor where they allowed passengers from flights from USA and India to pile up  and try and push past. It was a bloody shambles. Hell what was I coming back to?

I hired to car to get back home so avoiding public transport and the flog across London with luggage, tube, trains etc  and not much more expensive than outrageous railway prices, I didn’t even know if any trains were running. Very strange to drive along an almost deserted M25 and M1. So back home and adjusting to life ashore in the midst of badly managed pandemic in a country with the second worst death rate in the world. World class don’t make me laugh – top of the list for incompetence and mismanagement.

Sea Bear is due back in UK  at the beginning of July. 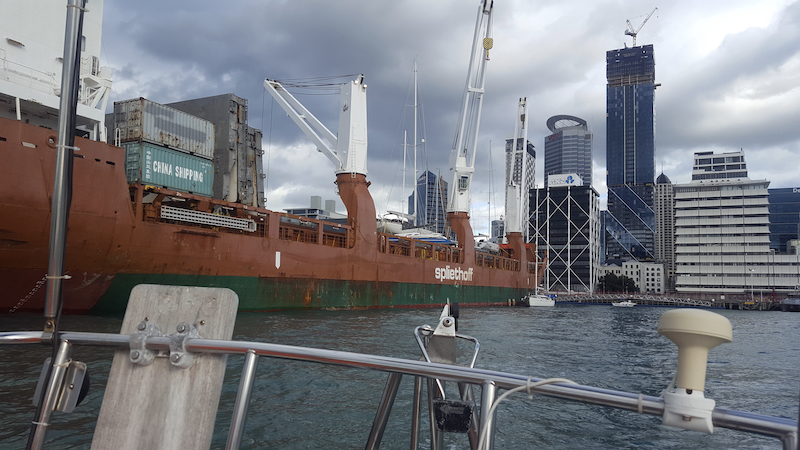 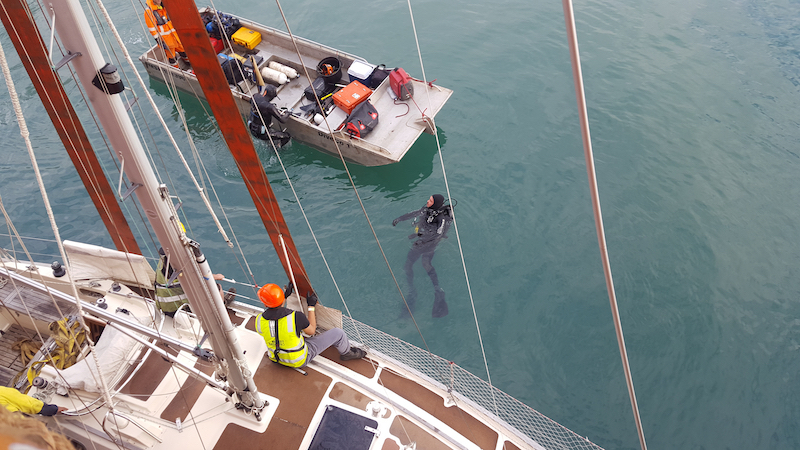 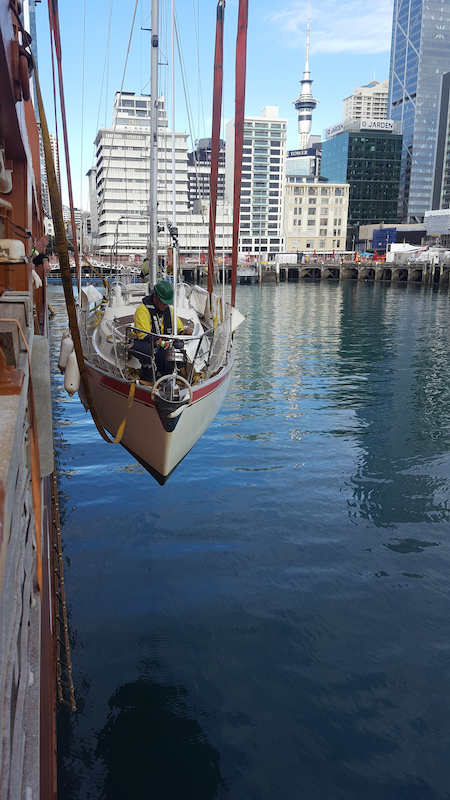 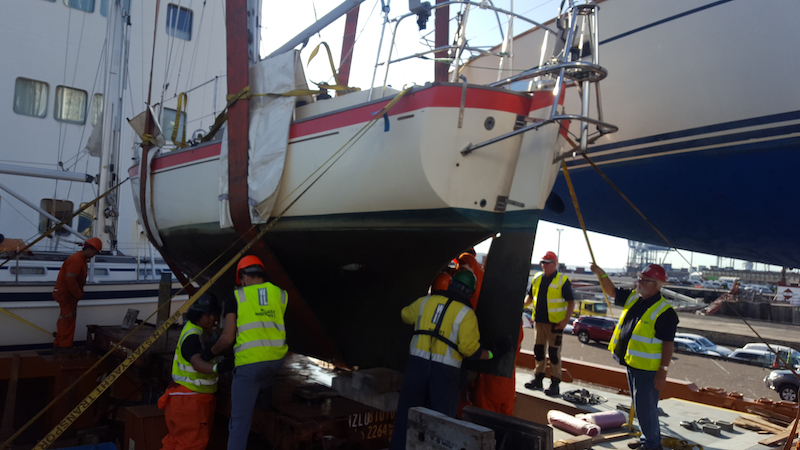