I Ieft Bora Bora on Monday, it was about midday when I got away after a delay with clearance papers and a visit to the supermarket to spend my remaining Polynesian francs. In my muddle headed thoughts i was looking to arrive at Aitutaki before the weekend and catch the high tide on Fri about 11am thinking 485 miles should take 5 days so leave Mon arrive Fri. Wrong thats only 4 days travelling!
Wind and waves were a bit fiesty that first afternoon but forecast was to lessen so ok and anyway not so fiesty as to prevent me cooking a proper meal that first eve (couscous, fried veg and sauce, since you ask!)
The wind did ease off in the night but don’t you know it down to about 8 to 10 knots so was never going to make my 100 miles per day anyway. It stayed like that for 4 days, it is so easy to loose track of time and days, fairly calm conditions although since sailing almost directly downwind a little rolly at times.
One night I had a passenger aboard , just as it was getting dark a brown boobie was circling the boat determindely and after one abortive effort landed on the solar panel, whereupon began a thorough and vigorous preening session after which he settled down to roost with head tucked under wing. It stayed all night and left just after dawn next morning. 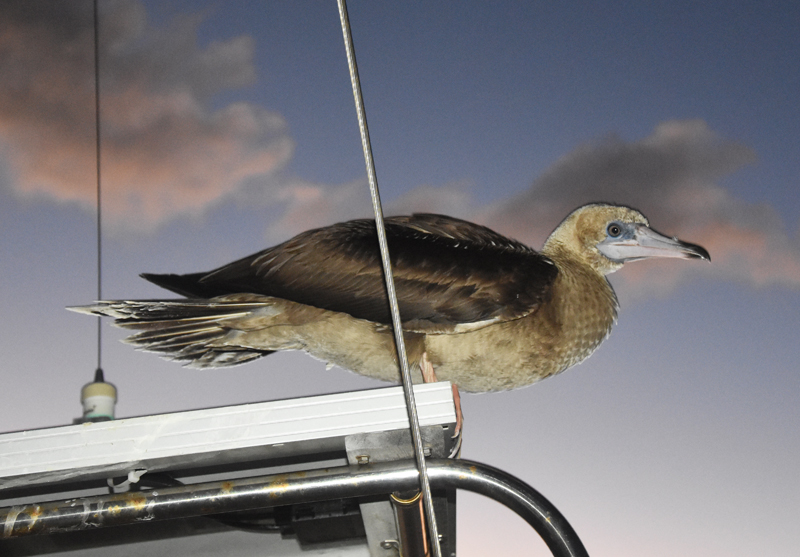 The light in the compass packed up but I managed to solder in a new bulb next morning. it is a little on the bright side now and i will have to try and get a led for it at some time rather than a normal bulb.
As you are not allowed to take any fruit or vegetables into the Cook islands with you, I set off low on these and soon had only some onions left. At least I have lots of tinned stuff so wont go hungry.

Before I reached Aitutaki we had a bit of a blow! The wind picked up Friday eve and blew strong for 3 days. I got to about 6 miles off the entrance to channel through reef at Aitutaki about 6 am Sun, but was blowing about 25 knots, grey overcast sky, drizzling and threatening black cloud so decide not to risk trying to get in. The entrance through the reef is long narrow and shallow and not much room once inside either. With no visibility I wasn’t even going to look and be tempted so a simple decision really to carry on. Shame to have to miss out the Cook Islands but thats the way it is.
Soon the wind really picked up to about 30 knots and more in gusts, I handed the main and just ran under staysail, sea was a bit boisterous.

Tues morning and still lots of wind, it hadn’t really let up since Fri, never known it to be so windy for so long. Still just running under staysail only which is pulling us along nicely. Weather has improved in that it has been sunny with some clouds but the constant movement of the boat makes life a little hard.
What a great invention is tinned french casoulet though, just have to heat it up and a complete meal, glad I bought a few tins.
It was too windy to call in at Palmerston, a great shame and if it continues will be too unsettled to stop at Niue either as no harbour there, just some moorings outside the reef. At least at Vava’u Tonga there is well protected harbour with a straightforward entrance so if it continues like this should be ok thats about 500 or so miles yet so a ways to go.

Thurs night (I think it was) was particularly bad with the boat movement, my normal bunk was untenable the other just as bad with the rolling and for a while I wedged myself in the quarter berth but had to scrunched up in the end to get wedged in so that wasn’t so good either so back to port berth with lee-cloth up. Glad to say wind and waves have been better since, wind has dropped a little and swell calmed down. Re-hoisted the main with 2 reefs and even got some yankee up.
Sighted Niue around 6 Fri night, glad to see it before it went dark so knew my course was ok and wasn’t going to run into it! It would have been possible to stop there as weather was ok but I thought it best to carry on whilst I had better sailing weather.
Sun morning I looked out of the hatch around 5 am and it was as black as the ace of spades, seems like the weather hadn’t done with me yet, it came on to blow and rain, 35 knots or more, thoroughly unpleasant, I handed the main and was just under staysail again, when I got it sorted and checked my course i was going NE as the wind had switched about 90 degrees from N to S so got that put right then retired to cabin dripping wet. it rained until the afternoon but stayed windy all day and night. The only saving grace was I had plenty of sea room, about 100 miles and there are no ships out here.
This area is the South Pacific Convergence Zone, noted for unstable weather. Its about 230 miles on to Vava’u Tonga from Niue. hopefully get there for Monday, only since it is the other side of the international date line it would be Tuesday, I loose a day and will be 1 day ahead of UK. Fair does my head in even if I use world clock on my iphone
Monday/ Tuesday eve
Approaching Toga I came around the north of the island and saw a humpback whale which was great, and then
down the West side of the island to the channel in. I was glad that it’s a fairly easy entrance though unmarked. I wasn’t helped by it blowing really strong, a head wind of course once I got to the entrance, but got far enough to pick up the lighted buoys before it was really dark, there was a full moon so should have been fine but it was very cloudy couldn’t see the moon so it was no help.
I got in to Neiafu , Vavau around 8pm and picked up a mooring, pleased and relieved to be in safely after a passage of 1275 nautical miles. 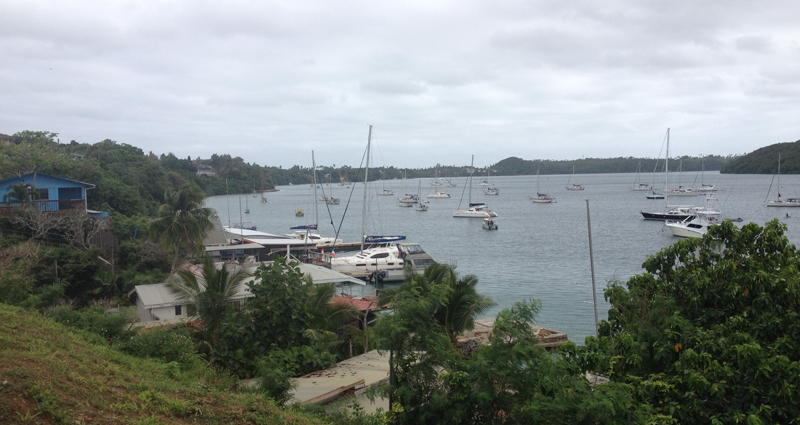 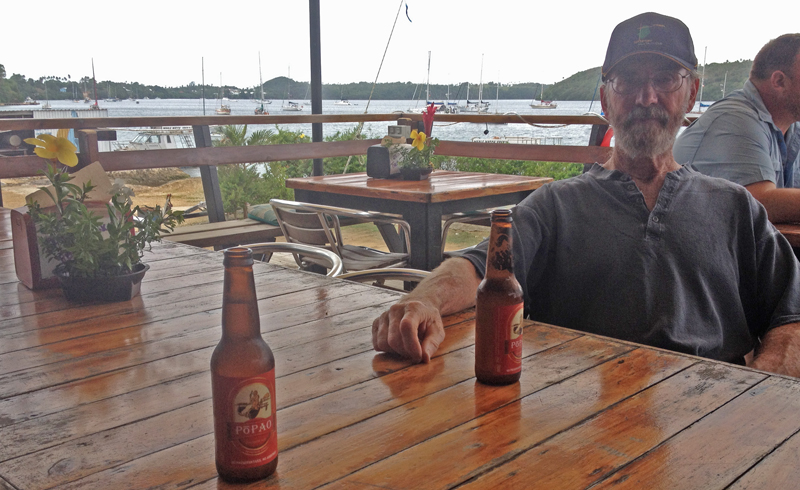