I had a few days on the boat in June. I had planned to go down to river Colne first then perhaps further south. However the wind was from the SW and strong at first. I had a look at going out via the Wallet but it would have been no fun so instead went up the Stour, anchoring first at Copperas bay then by Stutton Ness. Here I saw a deer going for a swim in the river, quite remarkable. At the height of the tide we went up for a closer look at Mistley. It appears that the fence is still up on the quay there despite the High Court order that it be taken down. 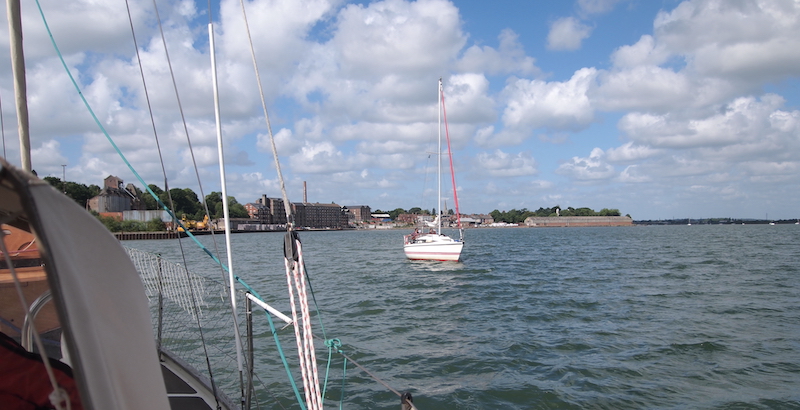 The weather had calmed down and the tides were right so I thought it time for my first visit to the Deben. It is a bit scary first time with the waves (gentle in this case) breaking on the shingle banks and the channel passing close to the beach. But I entered under sail with a favourable wind and the tide still under me, whoseing me down the channel and I was soon proceeding calmly up the river. 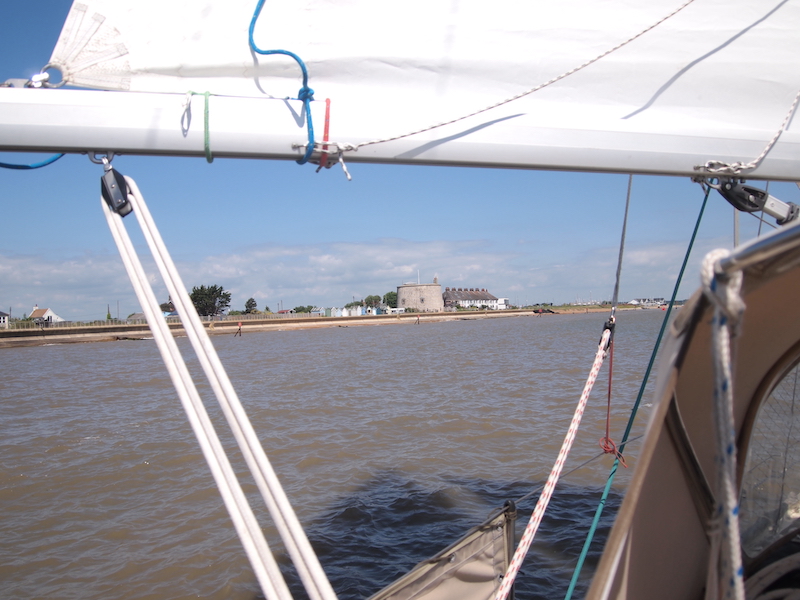 I picked up a mooring by the Ramsholt Arms. Next day I went up as far as Waldringfield before turning around and heading back to Felixstowe Ferry and out over the bar.

The exit I found slightly more nerve wracking than the entrance surprisingly. I had timed it for HW slack so the exit took longer and from the red buoy by Felixstowe ferry  you cannot see the green marking the knoll spit so you just have to follow the shoreline as you do not want to stray too far towards the shingle banks. Just a few days before a yacht on exiting had done this and gone aground – a feat I did not want to repeat. 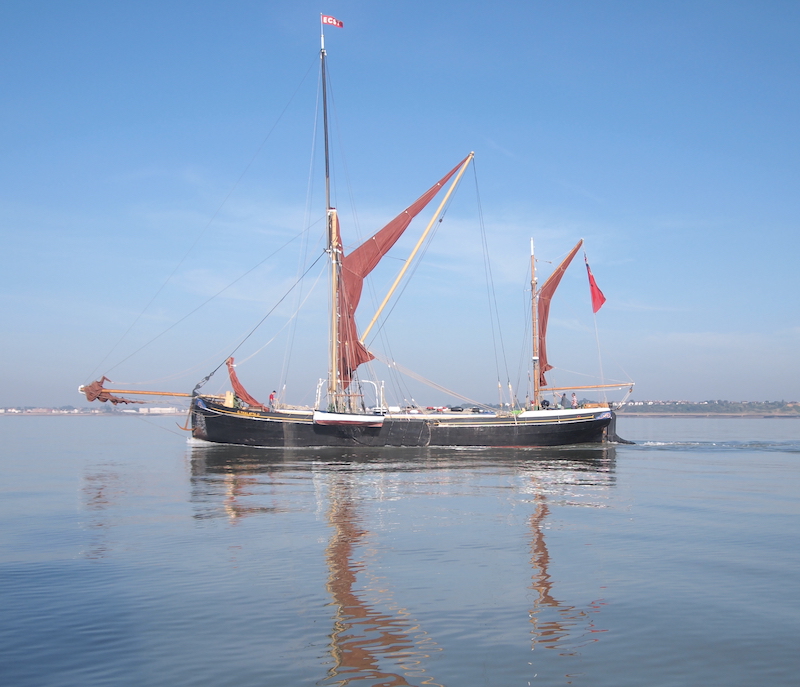 Thames sailing barge in the Wallet

Early the next day I took the tide  down the Wallet to Brightlingsea, calm condition but no wind. But of course arrived to anchor in Pyefleet creek and the wind came. The next day forecast spoke of the winds veering to the NE and strengthening to F7 so I decided to head back early rather than having to beat up the Wallet with wind over tide. In the event I had a cracking  sail back with a nice F4-5 on the beam and the aft quarter.

Back on the mooring the wind departed and a peaceful eve was had before departing for home the next day. 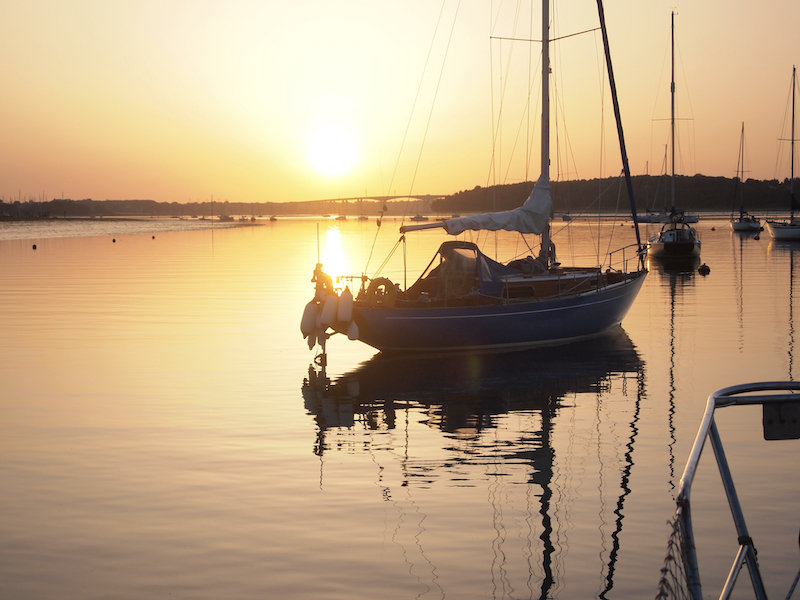 A still evening at Pin Mill